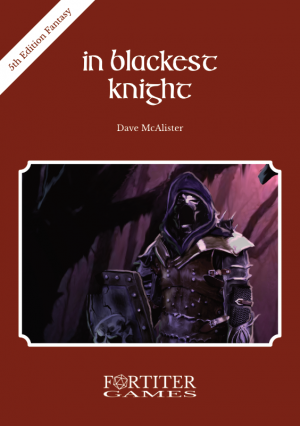 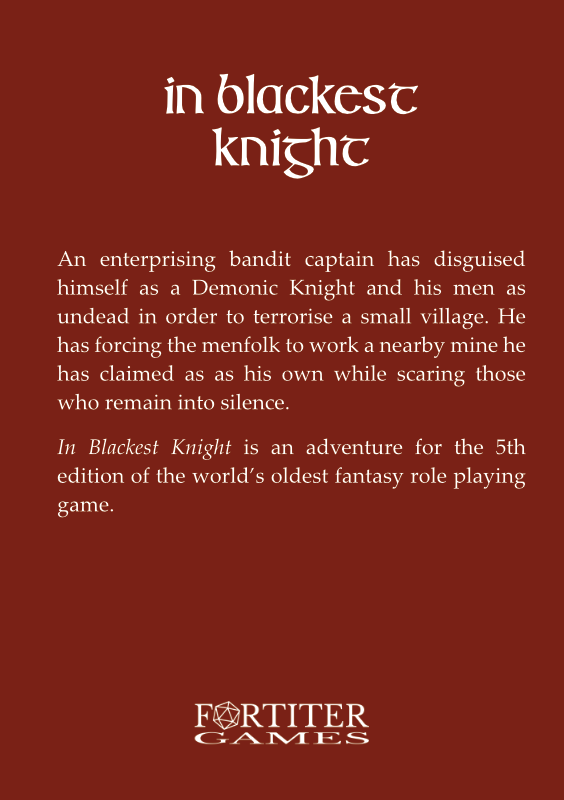 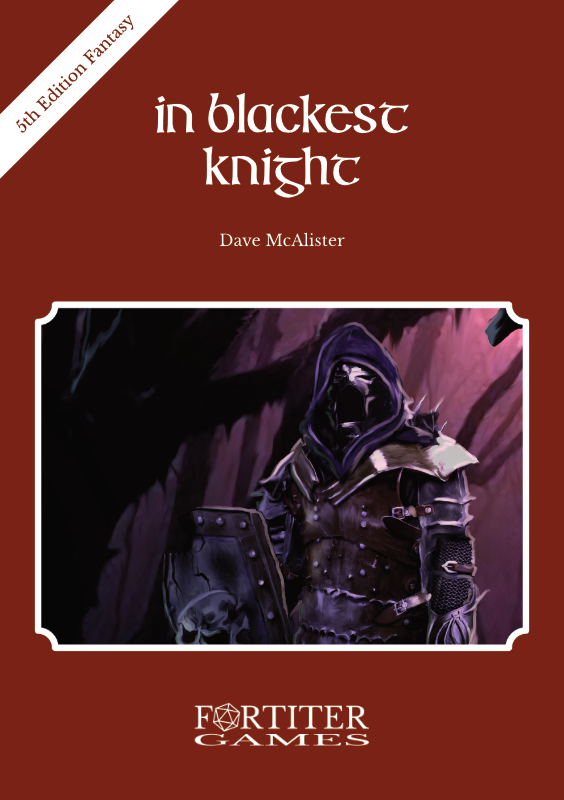 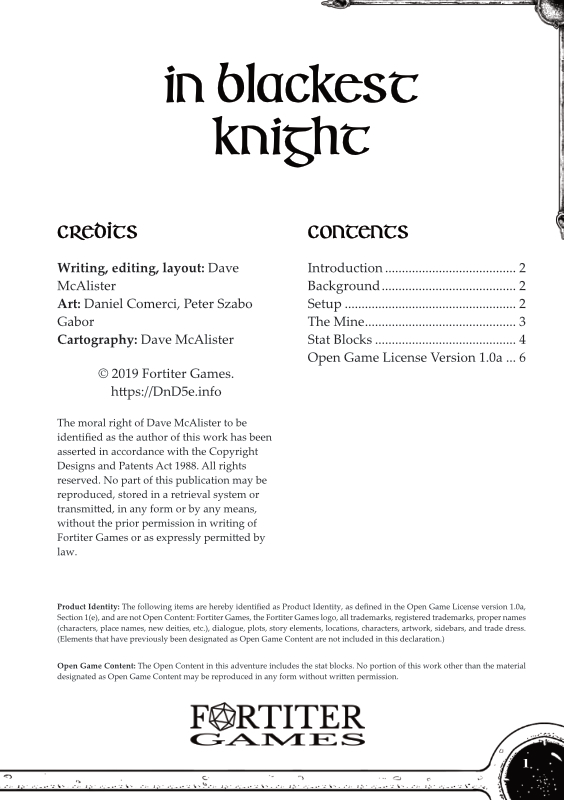 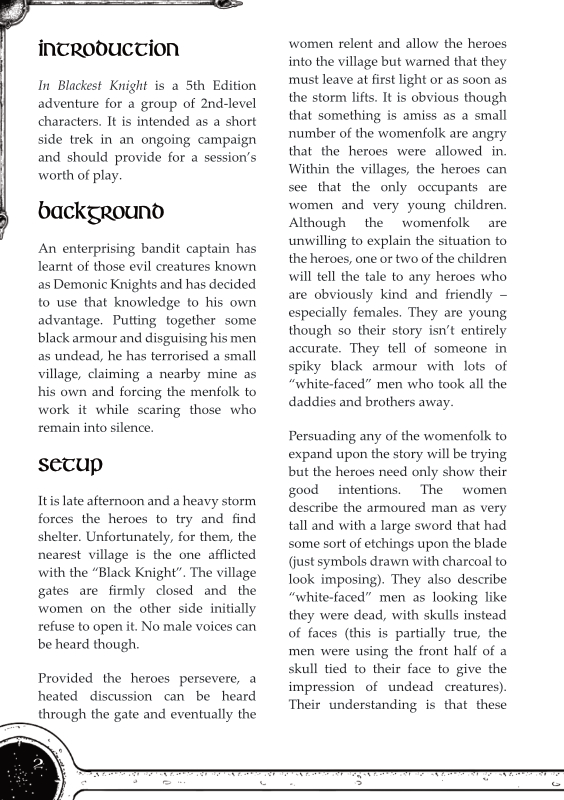 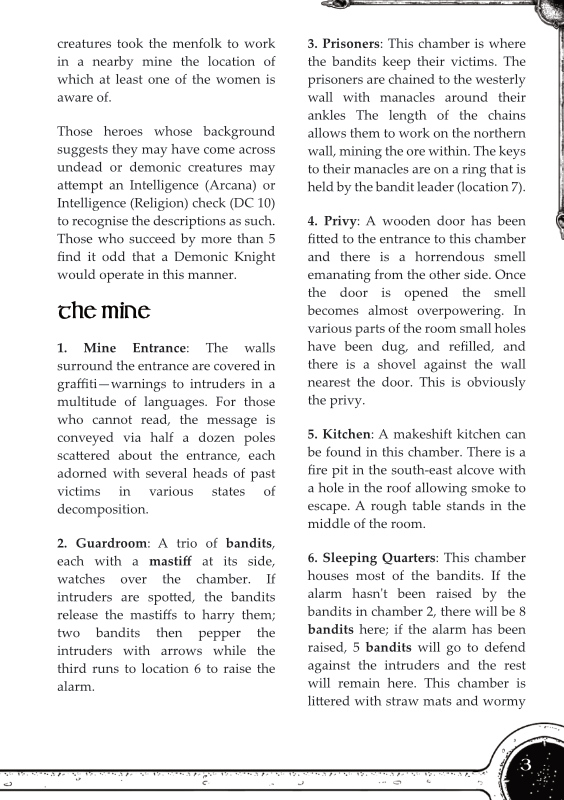 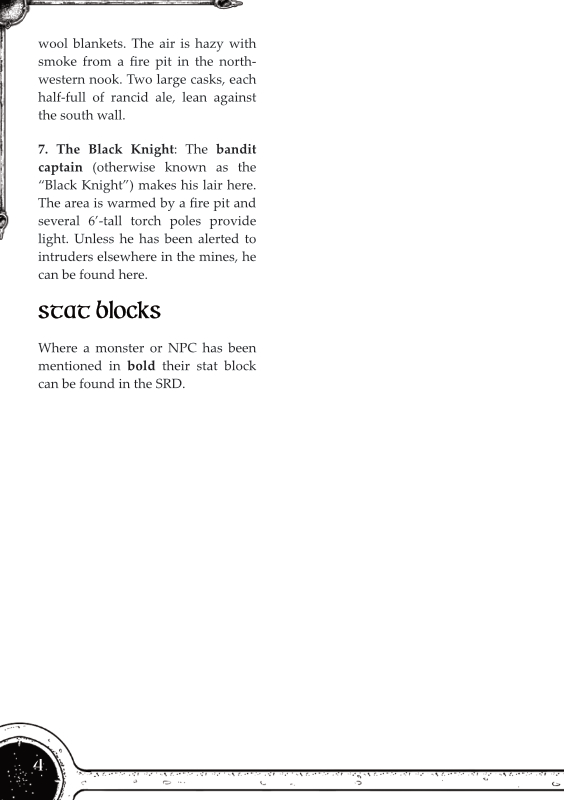 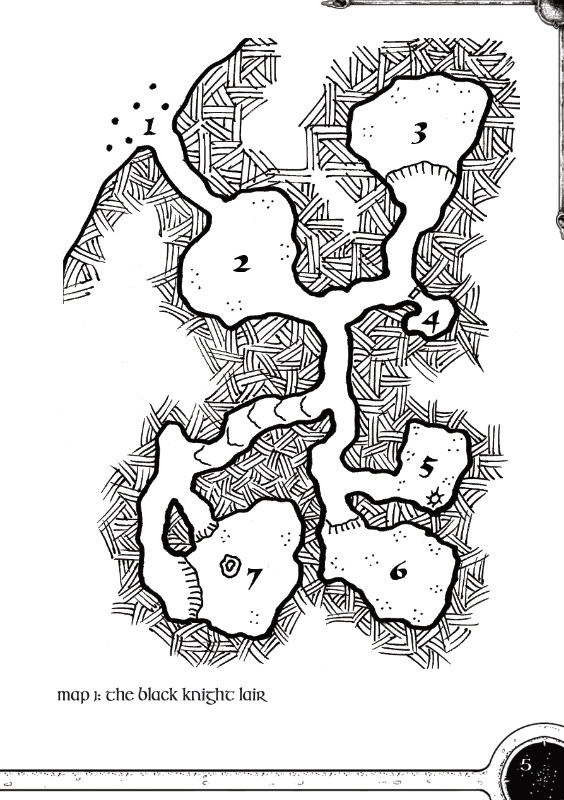 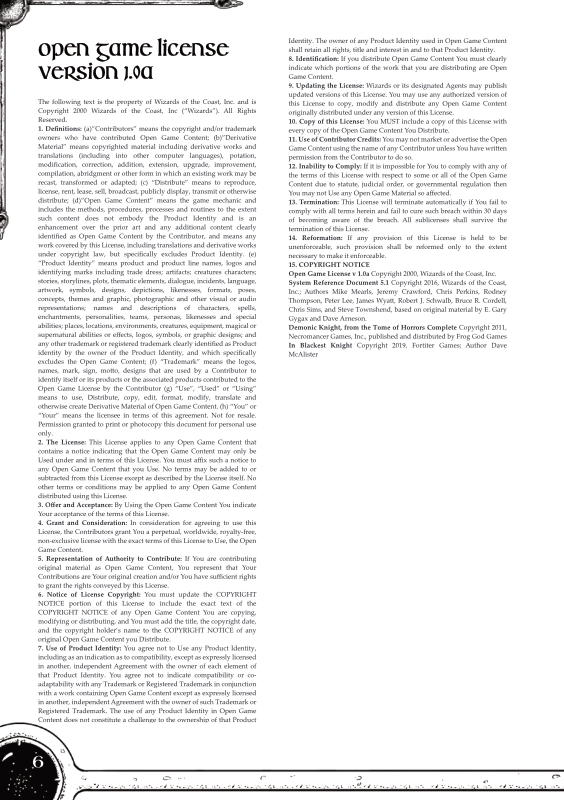 In Blackest Knight is a 5th Edition Fantasy adventure for a group of 2nd-level characters. It is intended as a short side trek in an ongoing campaign and should provide for a session’s worth of play.

In Blackest Knight is a 5th Edition Fantasy side trek for a group of 2nd-level characters. It should provide for a session’s worth of play.

This side trek was originally written for the Savage Worlds campaign setting, Hellfrost, but we now provide a converted version for 5th Edition Fantasy. The side trek itself is purposely generic. As such, we have set the side trek in a remote location with a small village and a nearby mine. We have not provided any detail on the village itself. This allows the GM to customise it to their own campaign with ease.

In Blackest Knight involves an enterprising bandit leader who has learnt of evil creatures known as Demonic Knights. Using this information he has decided to utilise that knowledge to his own advantage. The leader has made some black armour and disguised his men as undead. He then terrorised a small village. This has resulted in some of the villagers being put to work in a nearby mine. In addition, those that remain are too terrified to say anything as they fear reprisals from the “demonic knight”.

Although it is not directly connected, this side trek could be used as a sequel to In Darkest Day. With this in mind, the heroes could be the same as those who previously helped the village.

Be the first to review “In Blackest Knight” Cancel reply