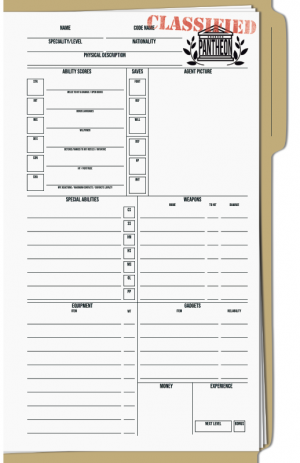 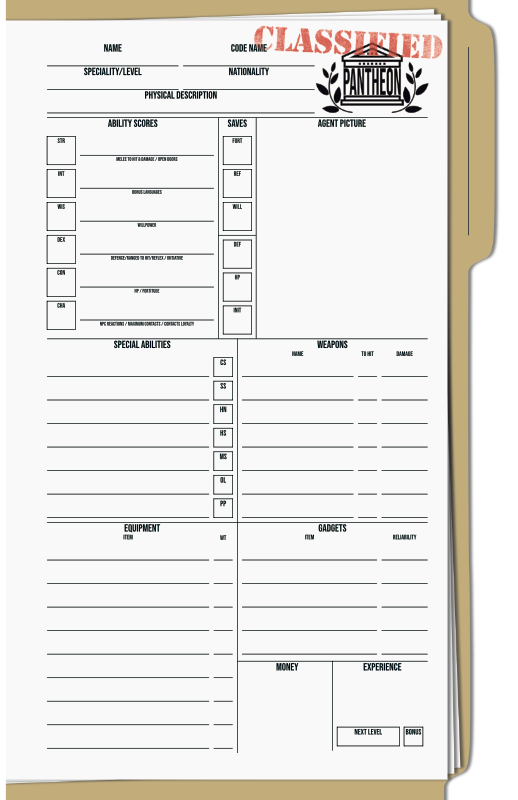 The Modus Operandi Character is available here. It can be completed digitally or printed and completed in the traditional method as you see fit. This particular version of the Modus Operandi Character Sheet is “branded” with the PANTHEON logo. However, this product will be updated with other versions as they are released. For example, we have plans for one that is more accessible for those with dsylexia.

The Modus Operandi Character Sheet is available here. You can be complete it digitally or print it out and complete it in the traditional method as you see fit. We have also “branded” the Modus Operandi Character Sheet with the PANTHEON logo. However, we will update this product with other versions as they are released. For example, we have plans for one that uses the OpenDyslexic font.

Modus Operandi is Fortiter Games‘ espionage role-playing game in which you play an agent employed by a secret organisation working to stop those who would destroy or dominate the world. The default setting is the 1980s. However, you can set your games in any decade.

You can find more details on the game here.