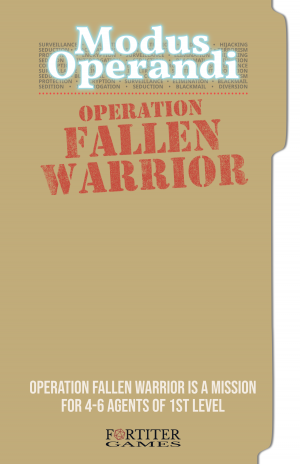 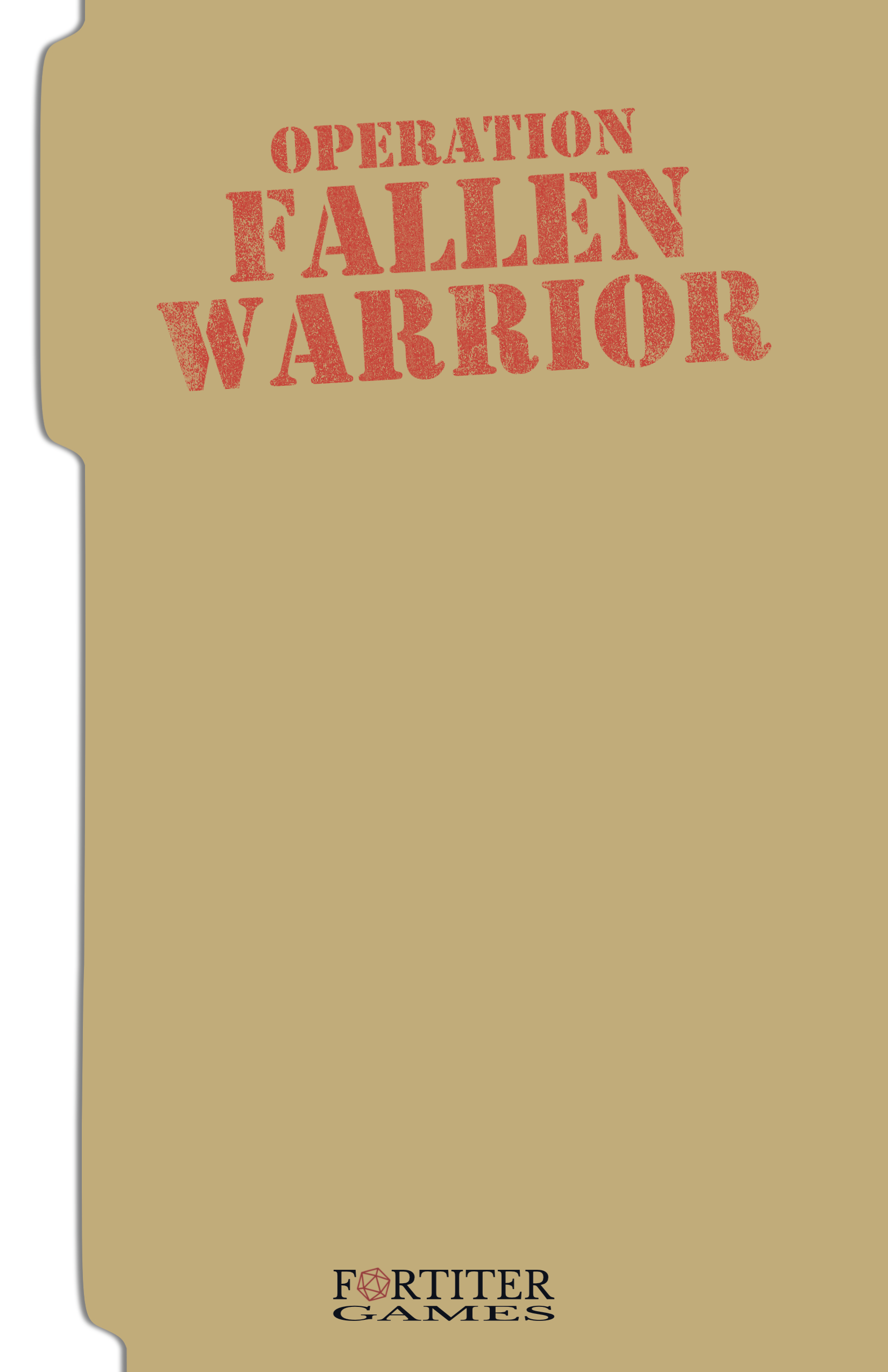 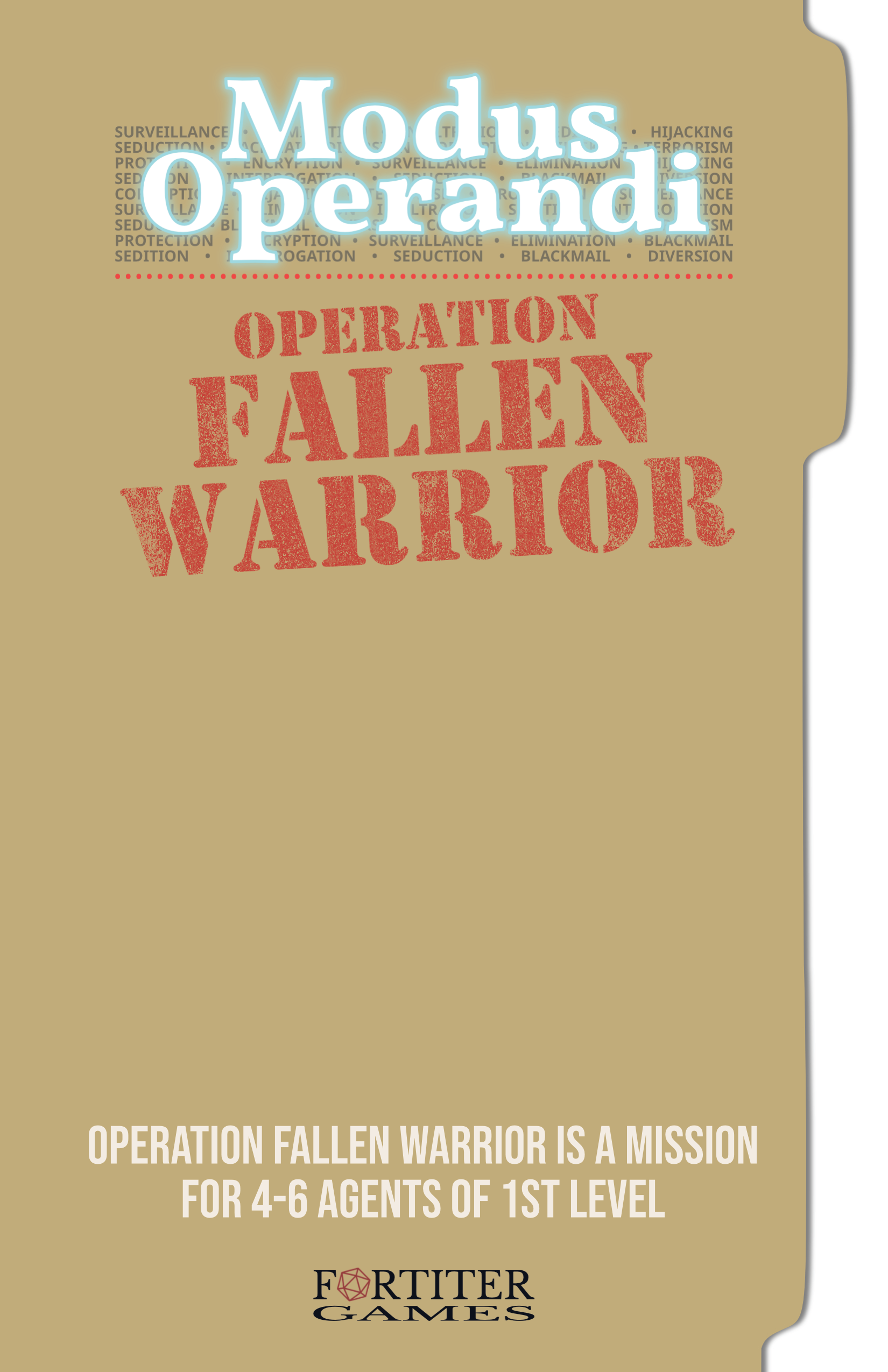 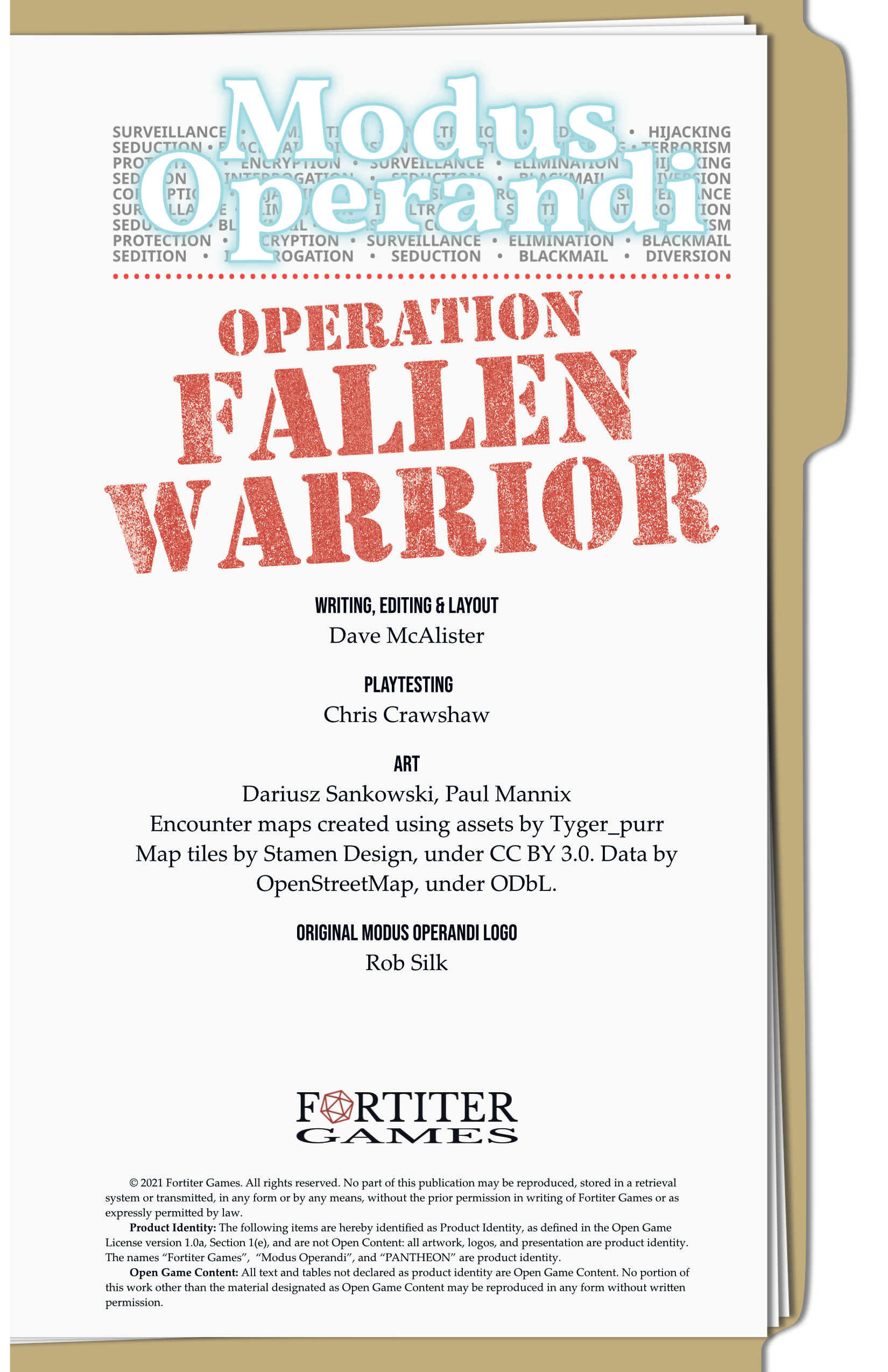 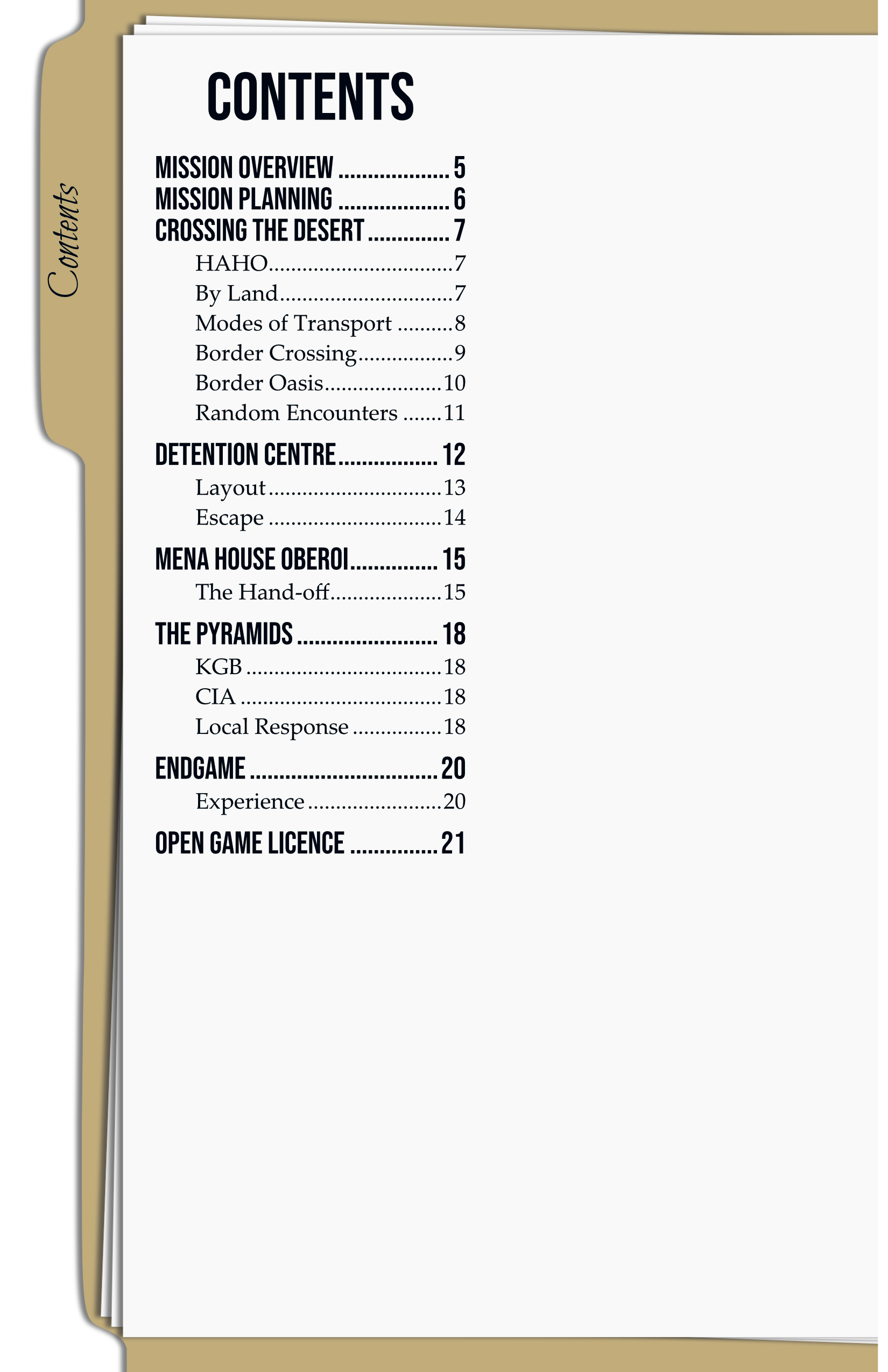 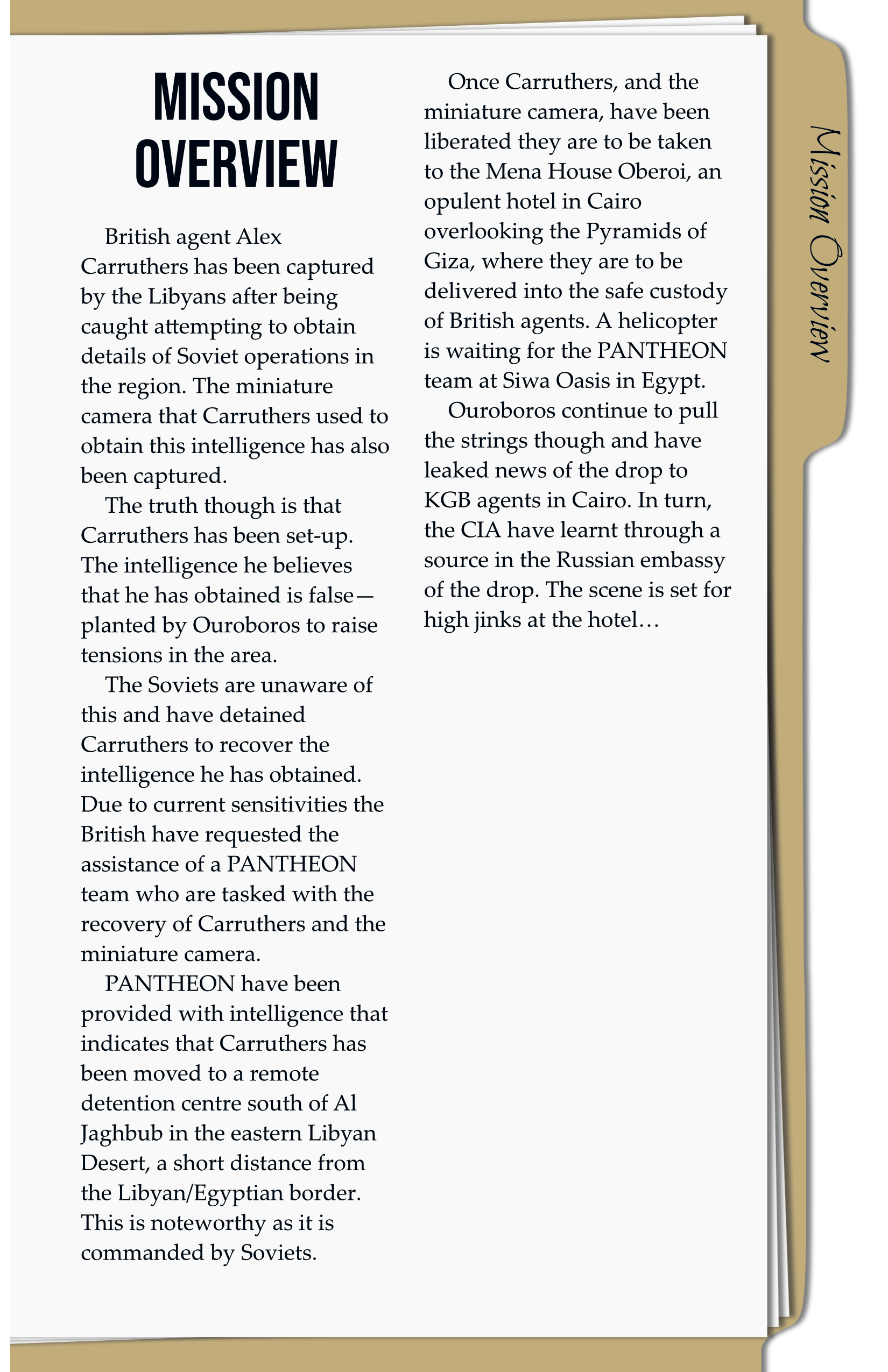 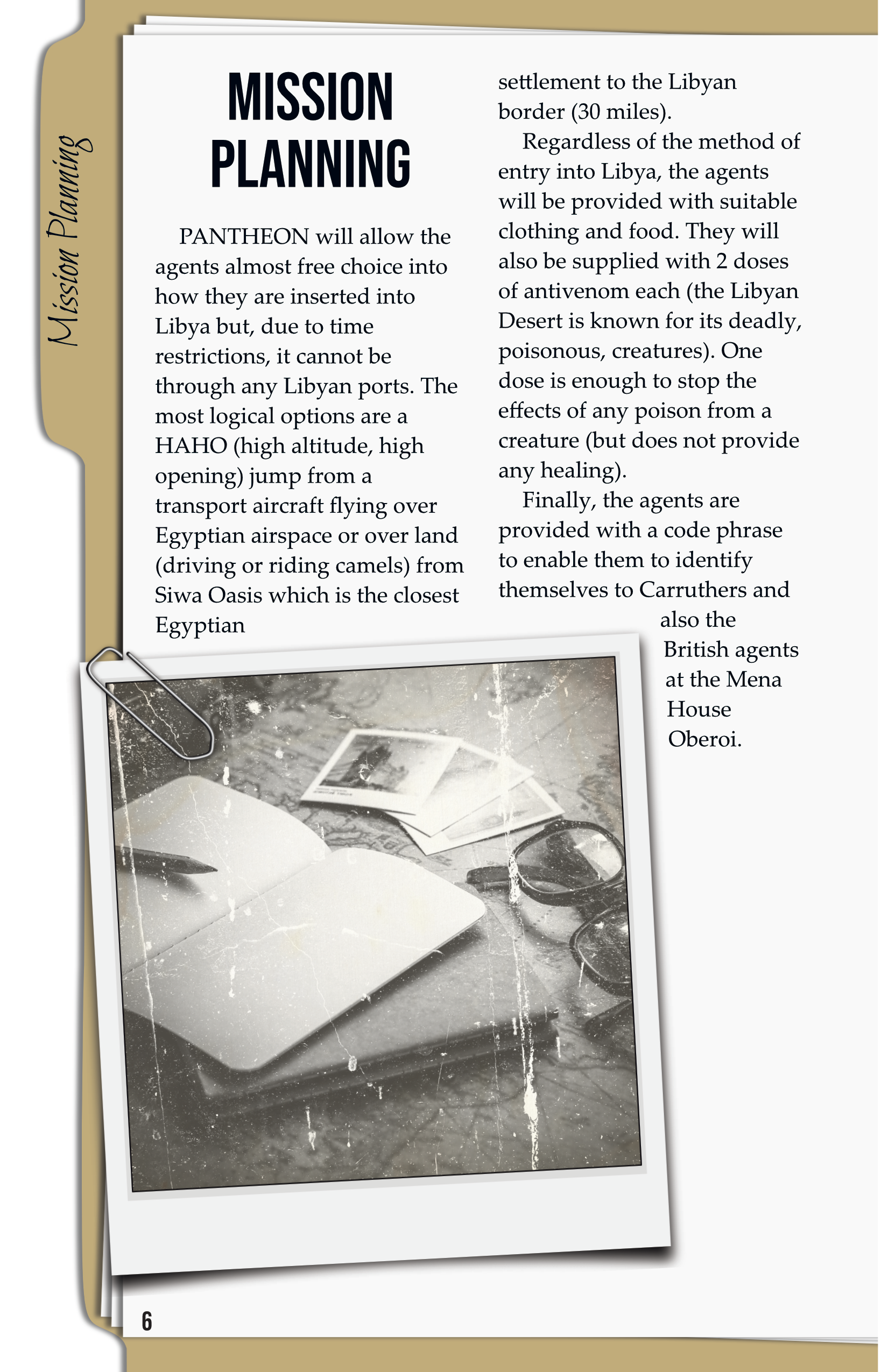 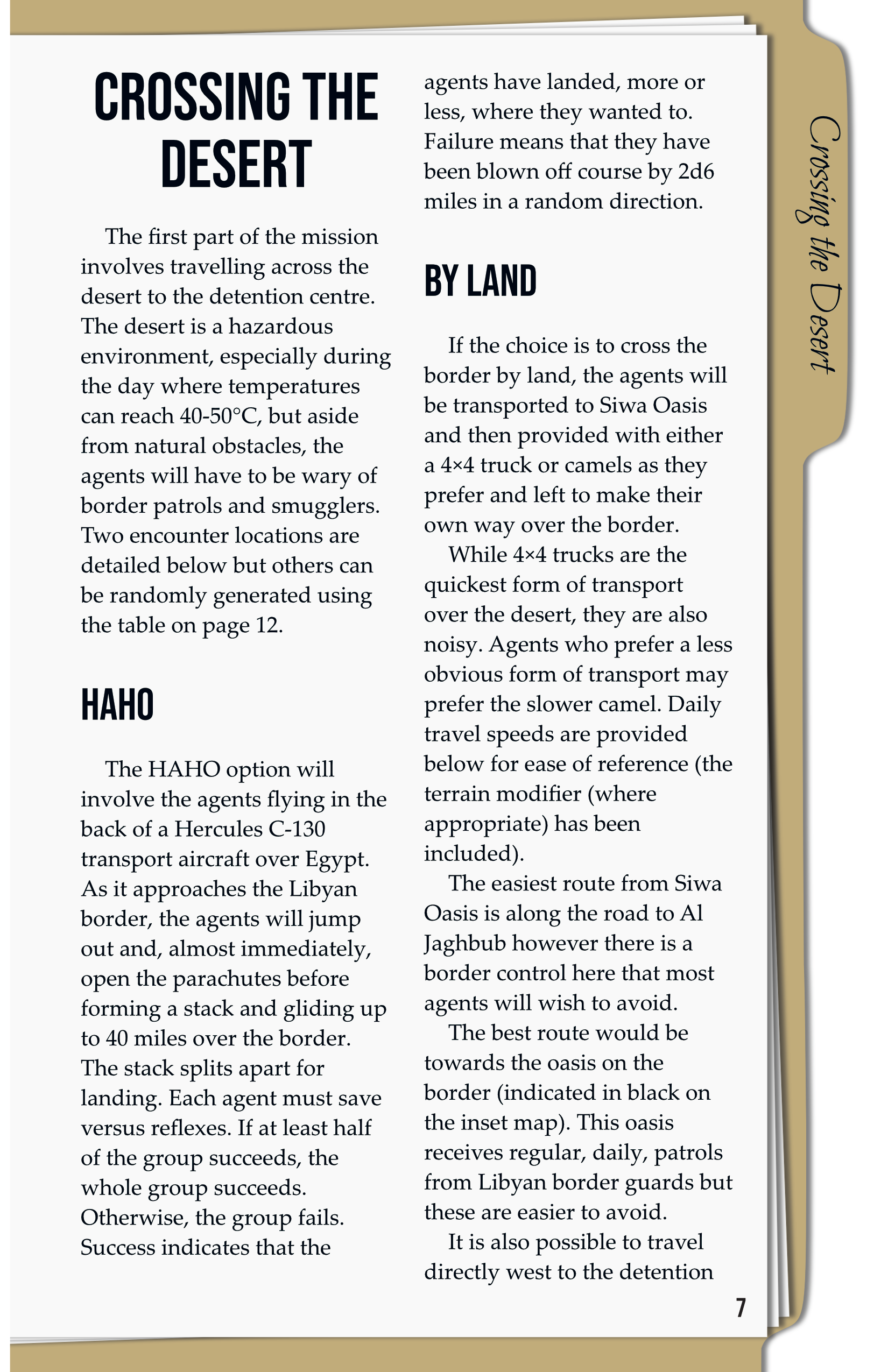 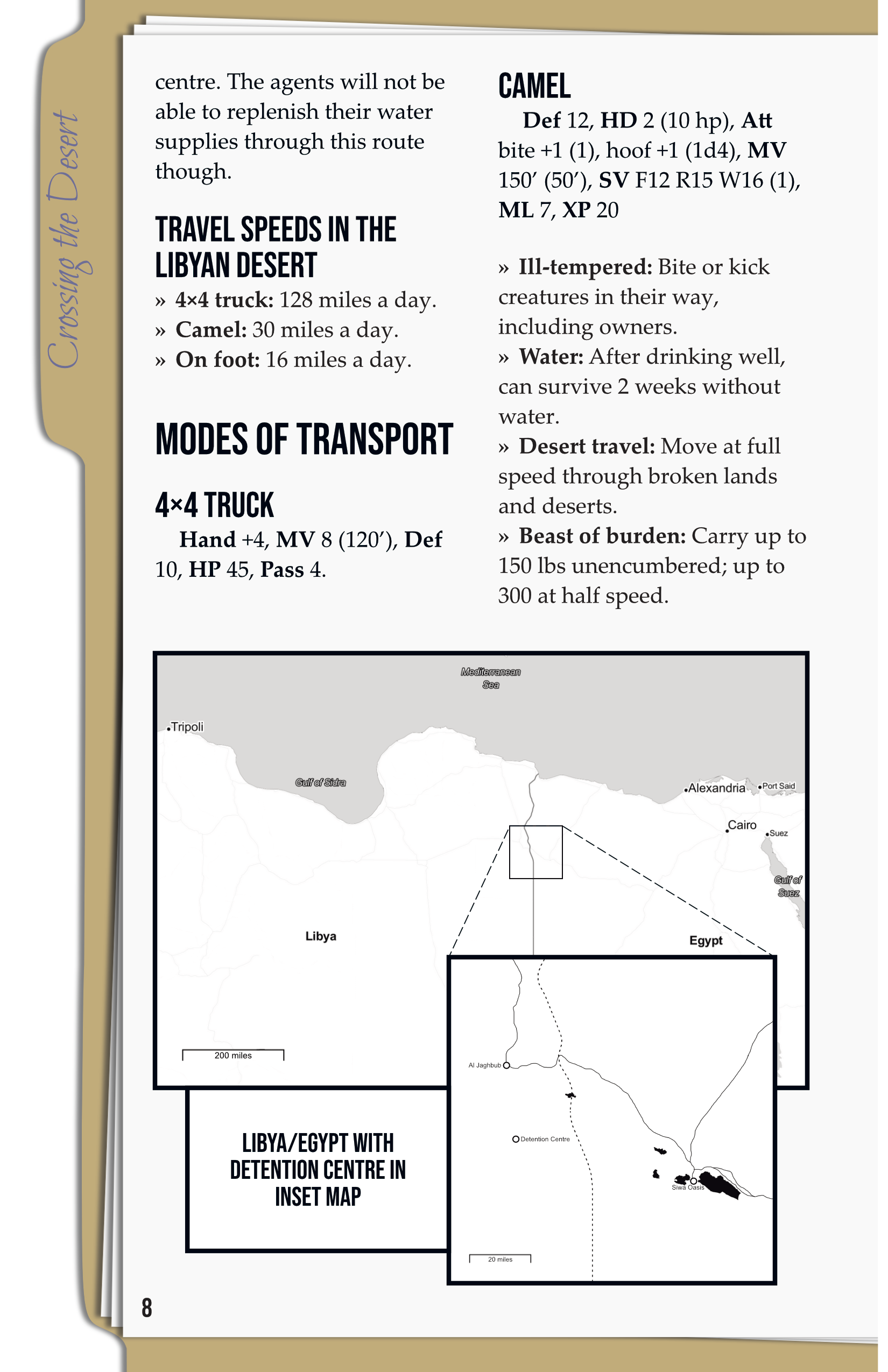 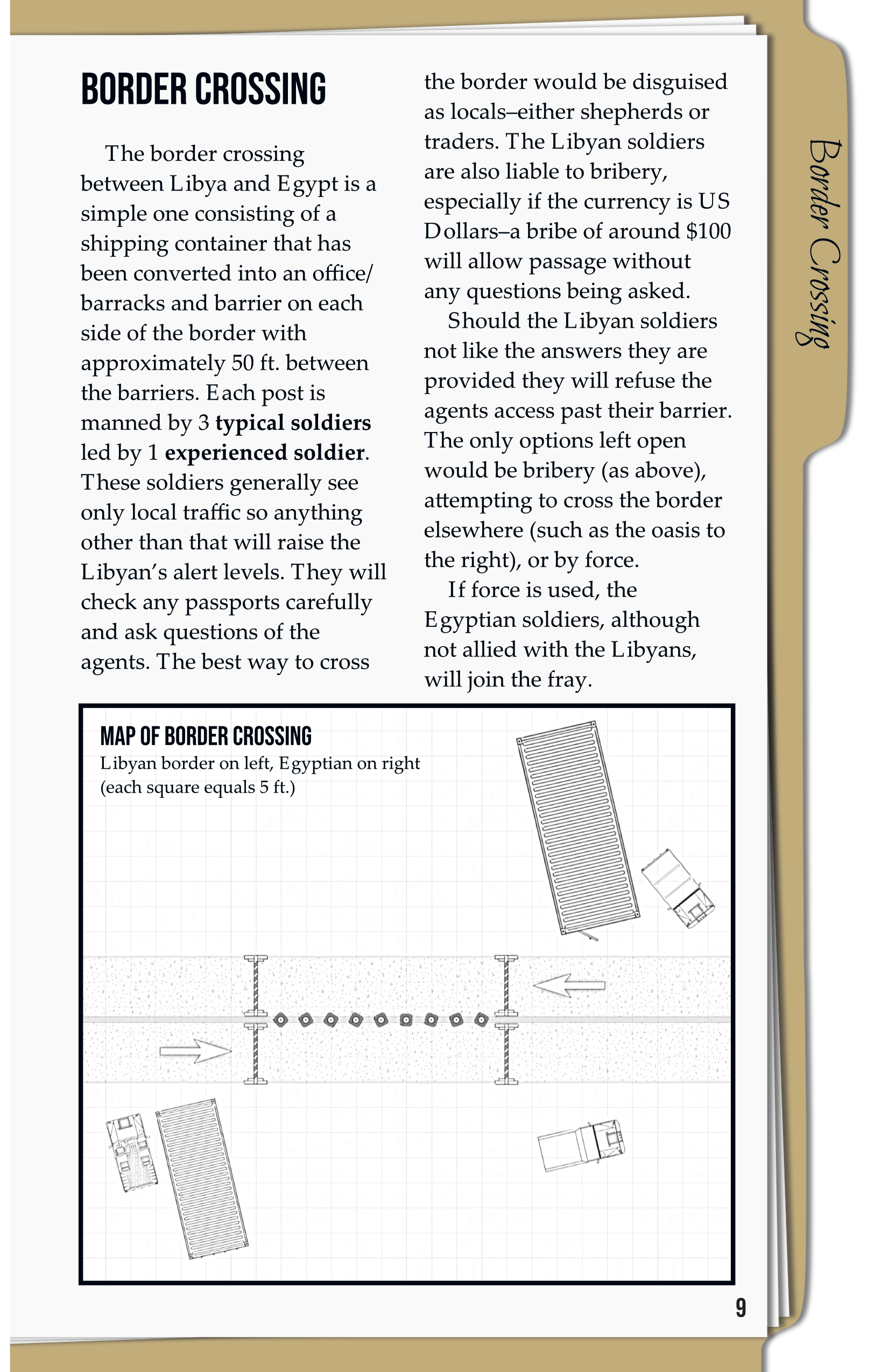 The British agent Alex Carruthers has been captured by the Libyans. He has been caught attempting to obtain details of Soviet operations in the region.

Due to current sensitivities the British have requested the assistance of a PANTHEON team who are tasked with the recovery of Carruthers.

Their mission will take them into the heart of a Soviet-run detention centre in Libyan. Across the desert to Cairo. And, finally, to within touching distance of the Pyramids of Giza.

Operation Fallen Warrior includes VTT (72dpi) and printable (300dpi) versions of the location maps created for the mission. This allows Handlers the flexibility of using this adventure online or face-to-face.

The original idea for this mission came from some rolls on the Mission Generator from Modus Operandi itself. Building on those (and switching some elements around) and this mission is the result. Even the mission name came from the generator – and it fits it very well indeed.

Be the first to review “Operation Fallen Warrior” Cancel reply